''He is doing what we are trying to do!'......that was Charlie Parker's comment upon hearing a recording of J.S. Bach's Organ Preludes for the first time. J.S Bach's music has always been an inexhaustible source of joy and inspiration to the jazz musician. No wonder that jazz musicians feel such a strong connection to Bach's music. Bach was in his own time equally famous for his skills as a virtuoso organ player and improviser as for his compositions, compositions that often enough had begun as improvisations. The Bach Reflections project was started 2012 by Gerard Kleijn and Dick de Graaf in order to search for another level in Bach's music by connecting it to the Jazz music of our time. In Ed Verhoeff, Paul Berner and Larissa Groeneveld they found like minded musicians, who were willing to investigate Bach's music and search for new ways of interpreting the message of Johan Sebastian Bach. The musicians of Bach Reflections rearranged compositions of Bach, or just took small elements of Bach's music and build new compositions or improvisations around them. The result is a very charming and musically satisfying rendition of what Bach could have sounded like had he been born in Kansas City in 1920 instead of Eisenach in 1685.

The recording took place in the legendary Studio 11, in Hilversum the Netherlands, in front of a live audience.
The presence of an audience in the studio creates a certain energy,an immediacy, a need for the musician to reach out and get the music across,in short a synergy of music, musicians, audience and recording engineer.
The musicians were placed in a half circle around a stereo pair of Schoeps MK5's.
Spot mikes were placed at each instrument for emphasis.
The musicians played without headphones there by forcing them to maintain a natural balance.
This recording is vol.3 of the Studio Showcase Series.
The recording is a one to one copy of the Studio Master file, 24 bit/96 Khz..No conversion of any kind has taken place. You are hearing exactly what we and the musicians heard finishing the final mix. 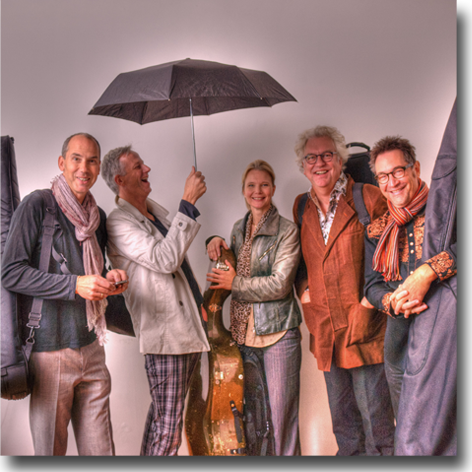 Recorded in Studio Eleven (Hilversum) with a live audience on February 03, 2013.

This recording is specially made by Sound Liaison for and with lovers of high-end audio recordings.

Special for those who own high-end audio equipment will have maximum benefit.
What made this record different is that the file is a one to one copy of the master file (96kHz/24bit).
No quality degradation whatsoever. Enjoy!