I would say I have been as much influenced by Jim Hall and Wes Montgomery as Django Reinhardt but I started out listening to Django, he was my first love, he was the reason I picked up the guitar.

My dad had some Django and other jazz records as well as some records with traditional Eastern European gypsy music, somehow that music spoke more to me than the pop music of the day that my friends were listening to. I taught myself at first but eventually did end up studying Jazz at the Royal Conservatory of the Netherlands and later I also accompanied gypsy jazz guitar masters like Fapy Lafertin and Jimmy Rosenberg. 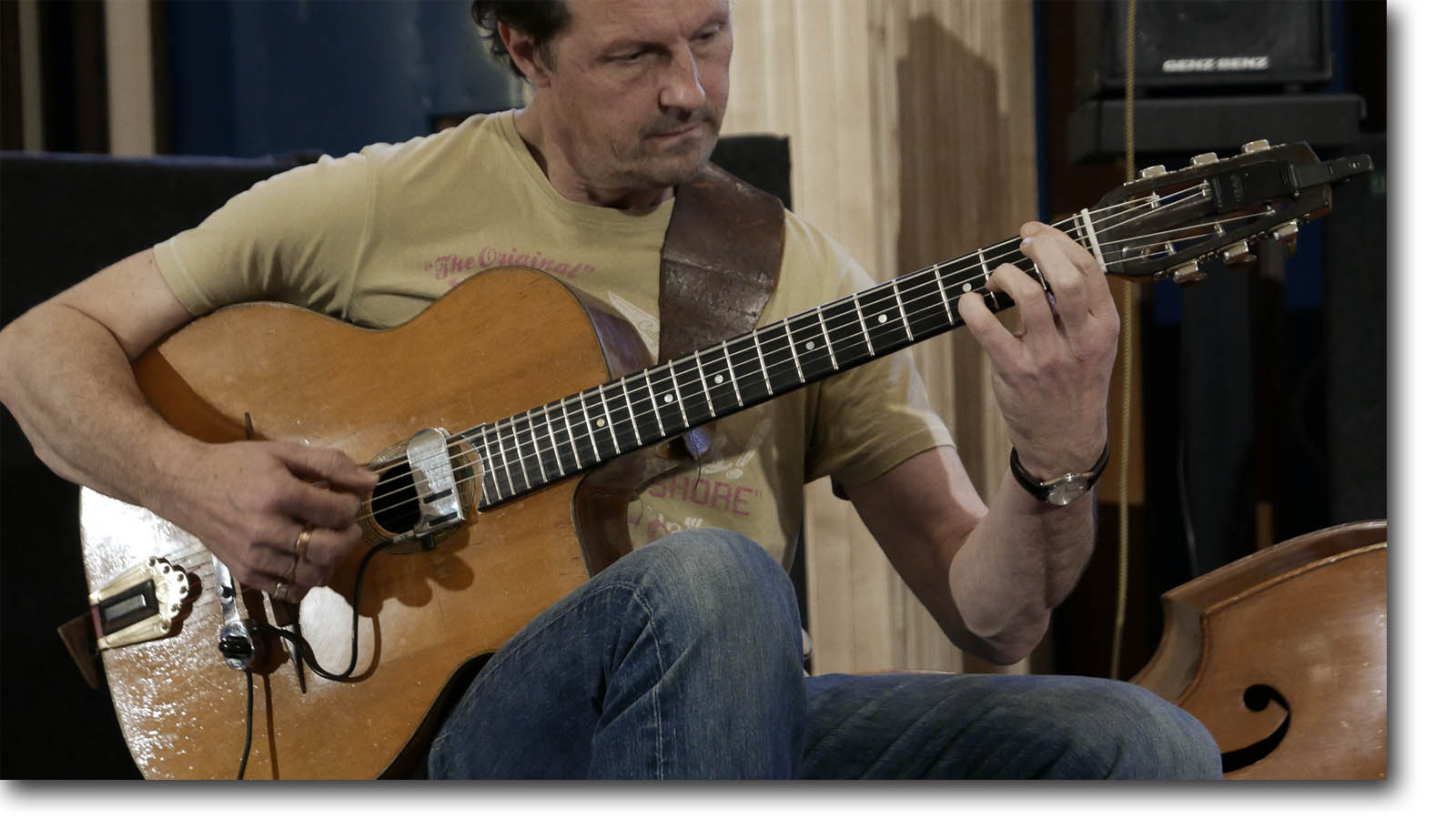 I learned a lot from these guys, but also from listening to more modern guitar players in that style, like Birèli Lagrene and Boulou Ferré. Maybe the most important lesson from these masters has been that, as Kenny Werner says "Innovation is the Tradition", they encouraged me to find my own voice and not to be afraid of incorporating my other influences in my version of 'Jazz Manouche'. After all Django listened to Charlie Christian and Charlie Christian listened to Django! 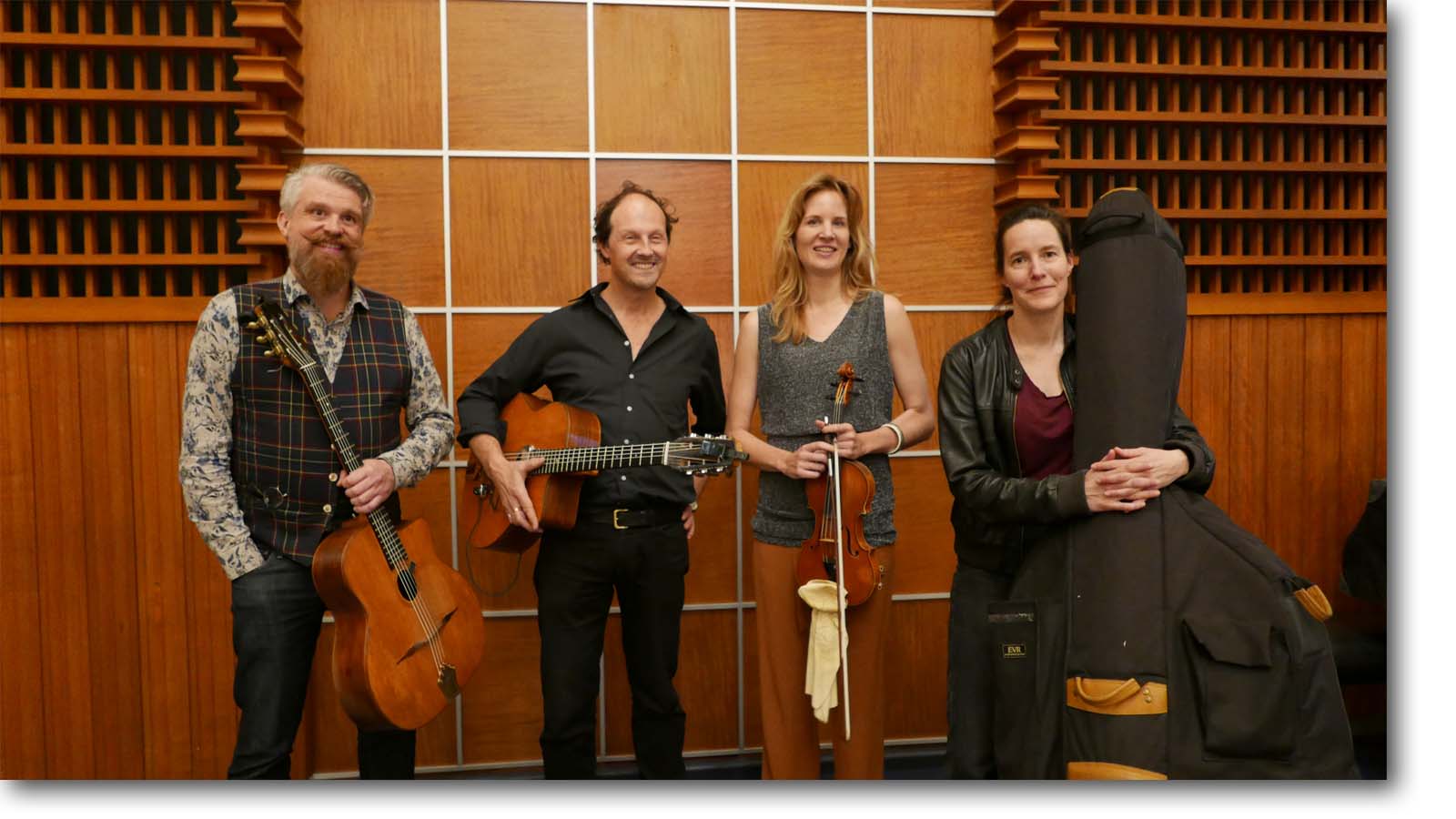 The roles in this quartet are clearly defined, maybe you could say that the solid rhythm guitarist Jan Brouwer and steady bassist Jet Stevens represents the tradition, they know how to hold a groove, they have a deep pocket, the beat is completely secure in their hands.

Karin van Kooten’s playing is refreshing: she has her own voice. So often in our field of music violin players tends to copy a bunch of Stephane Grappelli licks and then think they are set to go.
Not so with Karin, she respects the tradition but dares to incorporate outside influences from classical to modern jazz music. So, getting back to Kenny Werner, she represents the innovation.
I loved this whole process of recording with only one mic, it seems so well suited to this music, it’s back to basics, but what a sound! Nothing basic about that. 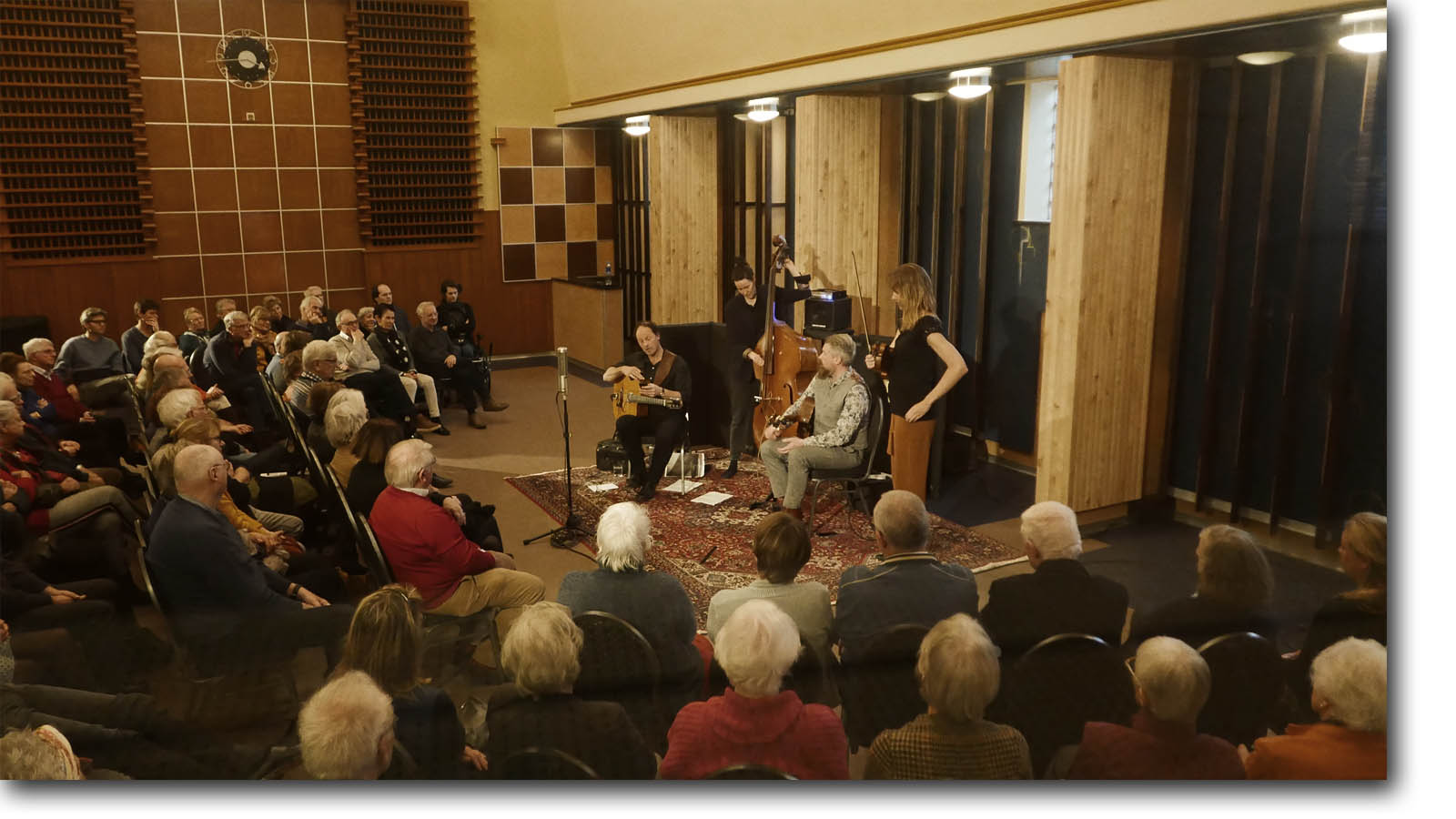 The advantages of the One Microphone approach to recording are obvious; phase coherence, perfect imaging, great sense of depth, superior realism.
Another advantage is that it it forces the band being recorded to really play. There is nowhere to hide, no fixing it in the mix, so this is where it helps being a real band.

Reinier Voet and Pigalle 44 are just that; a real band, road tested, with years of experience playing clubs and concert halls all over Europe. When recording with one microphone the mix is done before we start to record.
We have to make the complete sound stage on the spot by carefully moving each instrument closer or further away as well as left and right in relationship to the microphone.
Reinier Voet & Pigalle 44 immediately understood the situation, and their great live experience made getting the sound just right a breeze. 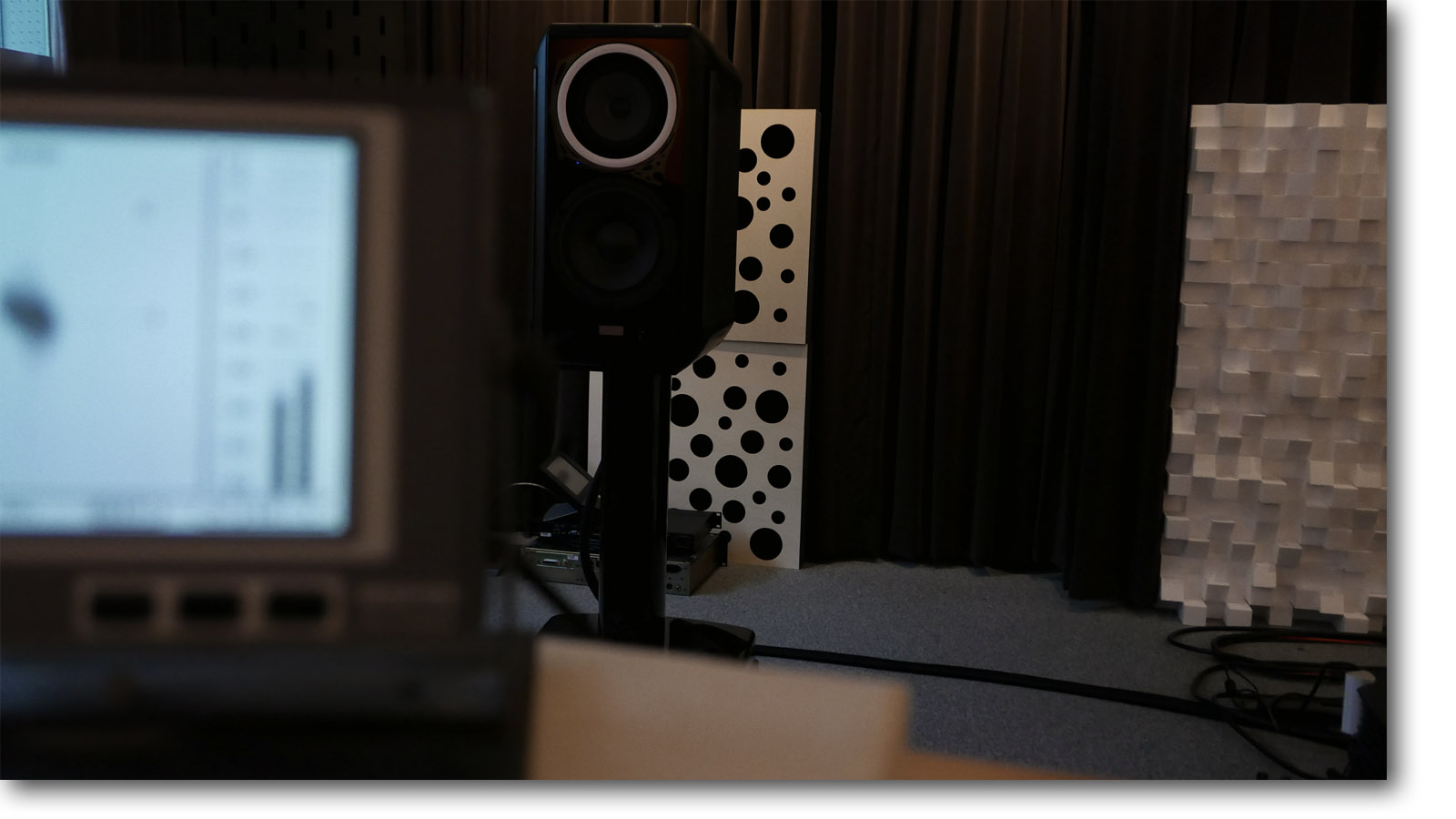 Recording and mastering by Frans de Rond
Recorded at MCO, Studio 2, Hilversum, The Netherlands, on the 13th of Januari 2019
Produced by Peter Bjørnild