1. It's Only Love - Paul Berner Band (This Bird Has Flown)

The great saxophonist Ben Webster wanted to know the words for every ballad he played. If he could not remember the words he would not play the song.
Paul Berner Band have taken Ben’s rule to heart. These Lennon & McCartney songs are being sung without words but the outstanding musicianship of these musicians ensures that every word is heard.

"....These guys and this recording just rocks. Pace, rhythm, tone and soundstage are just off the charts. The precise placement of all four of the musicians perfectly matches the photos of the sessions. The balance of all four instruments is darn near perfect. As you can no doubt tell, I am a huge fan of this recording. It is one of the best in terms of recording quality I have ever heard."

When recording with one microphone the mix is done before we start to record. We have to make the complete sound stage on the spot by carefully moving each instrument closer or further away as well as left and right in relationship to the microphone. Reinier Voet & Pigalle 44 immediately understood the situation, and their great live experience made getting the sound just right a breeze.

"The tone, timbre and soundstage on this recording are all superb. You are right in the room sitting in front of the band." Audiophile style
"To sing a song I need to picture the story of the lyrics in my head; I have to feel them. If I can't feel them, I can't sing them. And how can I expect you to believe what I am singing if I don't feel it myself?" Carmen Gomes
It happened, on the Little Blue album and again on this recording as she was singing the last words to Gershwin’s beautiful ballad 'Summertime'. Carmen got a bit too emotional.
Carmen was very apologetic and wanted to make another take, but Frans refused to press the record button. "I’ve got goosebumps all over. And why is it a problem to shed a tear while singing; ……‘Don’t you cry’... !?

...."Another gem from Sound Liaison, this recording is Carmen Gomes' take on Harry Belafonte's Belafonte Sings the Blues. Recorded in DXD, this recording is available in any high Rez flavor you prefer. The sound is killer." Audio Stream
"Normally when recording a live concert, we record the "dress rehearsal" as well in order to have repair material just in case parts of the actual concert does not go as planned. However due to a technical failure, which I only managed to solve 10 minutes(!) before the start of the concert, this was no longer possible. So this recording is all one-takes!
Maybe the failed dress rehearsal contributed to the extraordinary dedication and concentration they performed with at the actual concert. It was now or never."  Frans De Rond

The great conductor, Sergiu Celibidache insisted that tempo and dynamic markings were relative, they depended on the sound of the hall.
"I love the sound of MCO’s Studio 2 and the sound that Frans de Rond creates in that hall. So when arranging the songs for this album, I tried to hear in my mind not only the sound of the trio but also how that sound would interact with the hall. It was initially a new way of thinking, but actually surprisingly easy once I got used to the idea." Cajan Witmer

"Witmer’s superb arrangements adds depth and sensuality to these classic songs. This is a marvelous album and the recording quality is first class." Jazzenzo

The four Feenbrothers are very different personalities. Where the brotherhood truly shows is when they start playing; anything and everything seems possible.
A good example is in the piano solo on 'It’s a Raggy Waltz' where pianist Mark van der Feen’s mobile phone, used for reading the setlist, falls into the piano and for a full bar creates a distortion effect as it vibrates on the piano strings. Somehow the flow of the solo is not interrupted. The incident is merely a bump in the road, that sends Mark down a slightly different path, closely followed by Clemens and Matthijs.
Such pure joy of playing is infectious, listen to 'Unsquare Dance' where the audience joins in clapping along in 7/4 meter!

When creating the sound stage, Frans spent a great deal of time getting the balance of the REF Trio  as optimal as possible using the ambient microphone stereo pair placed in the 'sweet spot' in Studio 2, before adding the spot microphones. We wanted to create a sound stage that was intimate but also had enough depth to reflect a visual representation of the instruments.
Thus the piano and the vibes have been given a position in the stereo image, instead of the more common, radio friendly approach, with the instruments piled on top of each other with no placement. The benefit of this approach is that you can actually see the trio in front of you between the speakers.

Musicians have always collaborated across styles and genres. Armstrong recorded with Ellington. Ellington recorded with Coltrane and as a more recent example; Eric Clapton with Wynton Marsalis. Just to name a few. Musicians respect anyone who CAN PLAY. The style they play in is just a matter of preferences. Ruud Breuls, Simon Rigter, Karel Boehlee, Jos Machtel and Marcel Serierse can play. They belong to the absolute top of European jazz. They have played with everybody who is somebody in the world of jazz. But what really makes this album so special is the love and dedication they bring to Armstrong's music. Listening to the 8 compositions presented here one realise that genre is completely irrelevant.

"Playing solo piano is so demanding, it’s a dialog with the inner self. I noticed that when I get into 'the zone', the music starts to flow and somehow it feels that the music plays me!
I started my musical career as a cello player. I think this influenced the way I phrase music and treat tone quality and melody. I consider melody as equally important as rhythm or harmony. In terms of harmonic structures I rather prefer relative simplicity than extreme complexity. Complexity often dictates the player specific things to play, while simplicity gives space to go to different places." Juraj Stanik

"The first thing thing you notice listening to this album is the superior sound quality. That is not to say the music is lacking, on the contrary, the solos are gorgeous and the interpretations are subtle and funky and above all very very musical." Lust for Life Magazine
Recording in Studio 2 is always a joy, I tell you, that Studio is haunted in a positive way. Django Reinhardt was there, Wes Montgomery, Lester Young, just to name a few of my personal heroes, but the list goes on and on. Engineer Frans De Rond is a magician. To have a technician of his expertise and vision paired with a hall like studio II, is a match made in heaven." Folker Tettero

Original recording format DXD 352,8 kHz
All other formats are converted versions of the original. 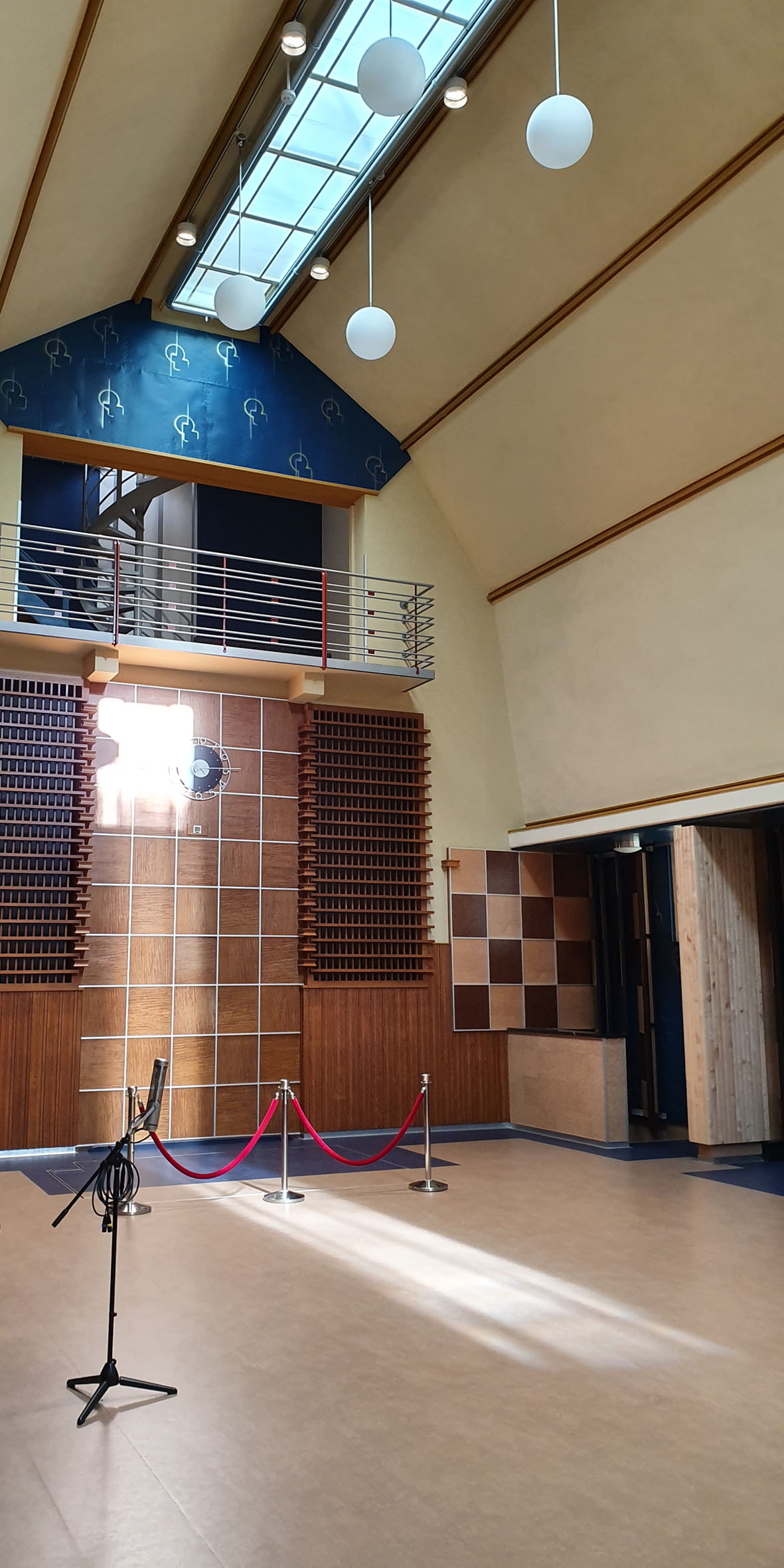