"For his seventh album, guitarist Marzio Scholten has formed a superb trio with ECM recording star Wolfert Brederode on piano and bass icon Ernst Glerum on bass. The trio recorded the album Isolophilia in the legendary Studio 2 at the Dutch Music Centre of Broadcasters".

"It is a wonderful album. Scholten's compositions are more intimate than ever. His tender guitar sound is beautifully surrounded by Glerum’s counter melodies and Brederode’s impressionistic piano playing.
This is silent music, yet it never gets boring due to surprising choices of notes and harmonies.
In fact, as the album reach its conclusion, the gorgeous rendition of the traditional "Sometimes I Feel Like a Motherless Child", one is so immersed in Scholten’s musical universe that it is impossible to let go of the deep melancholic atmosphere. Scholten here approaches the high level of American guitarist Bill Frisell on his recent work for the progressive label ECM.
The trio is on tour this month, and will give the official presentation of Isolophilia on December 13 in the Amsterdam Concertgebouw". 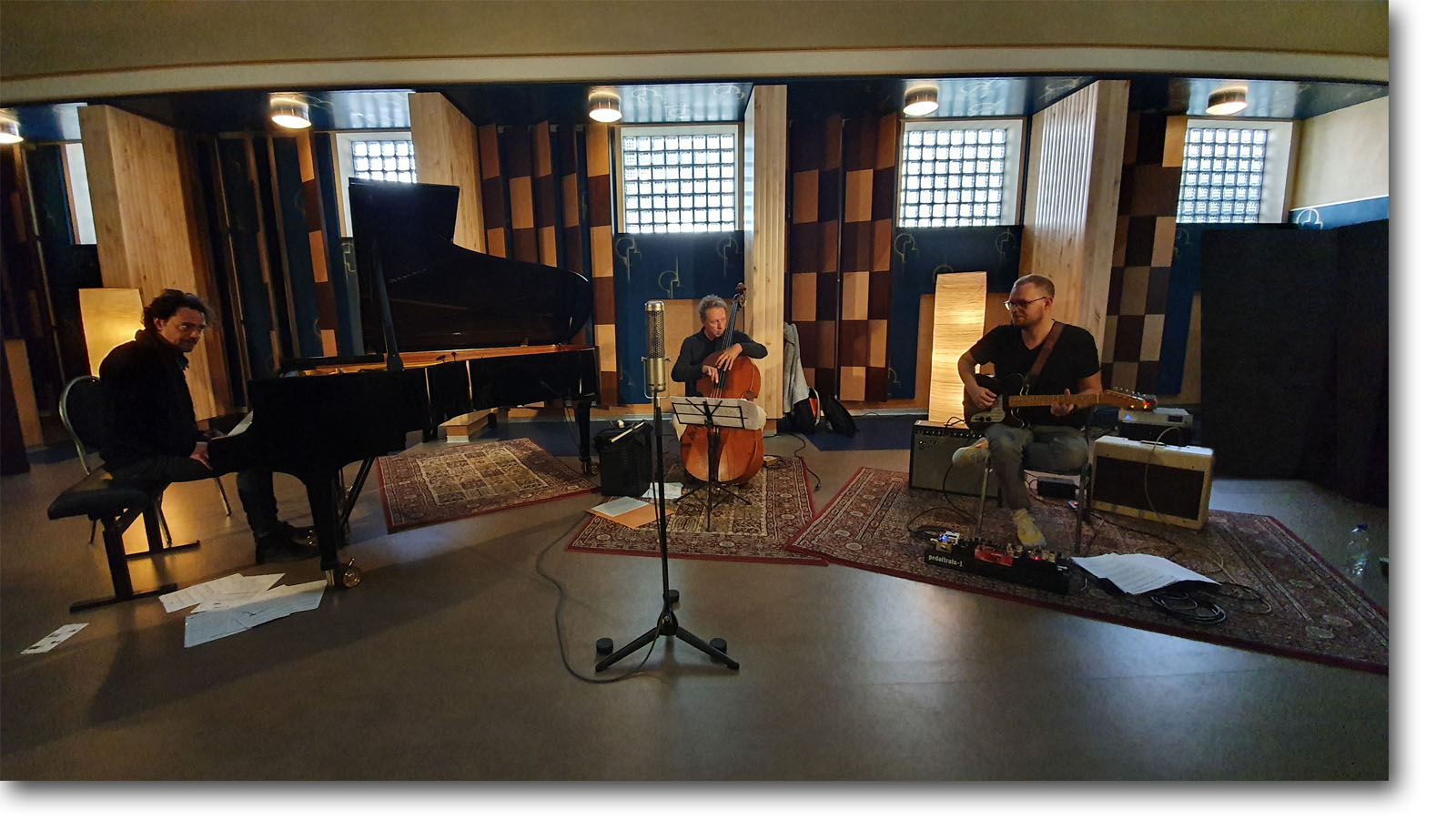 The advantages of the One Microphone approach to recording are obvious; phase coherence, perfect imaging, great sense of depth, superior realism
We have to make the complete sound stage on the spot by carefully moving each instrument closer or further away as well as left and right in relationship to the microphone.
For this album we used the Josephson C700S microphone to record the complete trio. We also placed support microphones in the piano and on the bass (DPA4099).
These microphones were added to ad a little bit of support (-20dB or less) to these two instruments when Marzio’s use of guitar effects would cover up the attack of the piano and the bass.
So the recording is basically a 'One Microphone Recording' or we could call it a 'One Mic +'.

Another advantage is that it forces the band being recorded to really play. There is nowhere to hide, no fixing it in the mix. 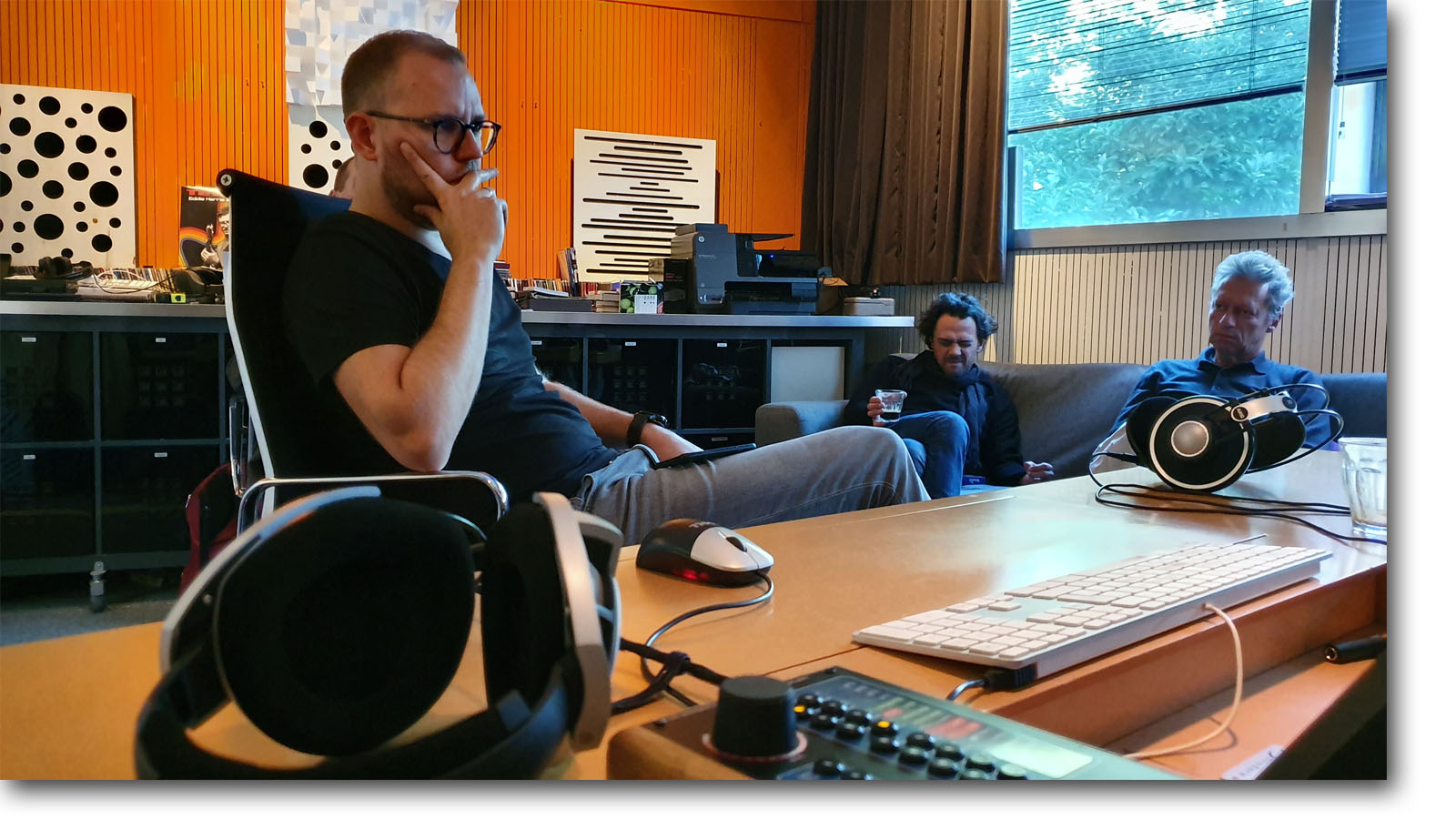 The band listening to the recording

In the picture below you can see the mixer setting we use for this recording. The faders of the Josephson C700S are nominal at 0dB. The level of the piano is at -21dB (channel 5/6) and the level of the bass is at -6dB.
Important to know is that the bass mic has a low cut filter at around 350Hz, so we only add a little transparency to the bass sound.

Mixer setting of the One Mic+ recording

Recording, mixing and mastering by Frans de Rond
Recorded at MCO, Studio 2, Hilversum, The Netherlands, on the 20th/21th of September 2019
Produced by Peter Bjørnild and Marzio Scholten