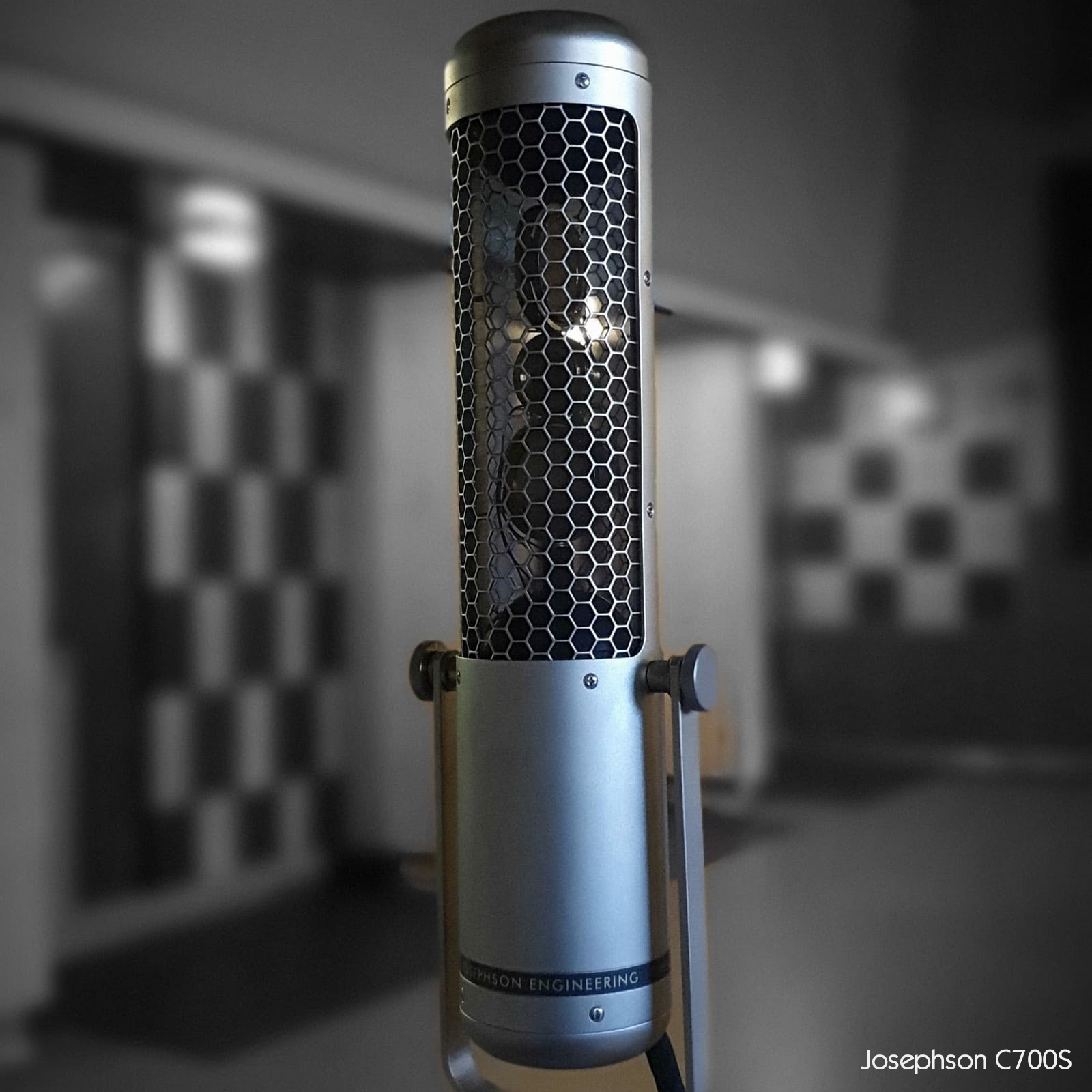 Recently Sound Liaison started to release albums recorded using only one (stereo) microphone. Why?
For a great number of years my approach to recording did not differ from what most modern engineers do. I would set up one or more microphones per instrument, try to get the maximum amount of separation between the instruments using acoustic baffles or complete isolation by placing the softest instruments in another room.

The advantage of this procedure is that you have complete control of each instrument. You can change the volume, panning, colour and reverb, the level of compression and so forth as you please. In general you can say that the more isolated the sources are from each other the more control you have when mixing. That’s the reason so many modern recording studios have separate rooms for every instrument or instrument group.
The disadvantage of separation is that instruments don’t seem to blend very well and musicians are not playing as well together as when they are in the same room.
For that reason, I like to record the musicians in one big good sounding hall. The unique sound of Studio 2 in the MCO building here in Hilversum is ideal for that purpose.
"In order to avoid the phase artifacts I decided to make a  number of recordings using only one stereo microphone...." 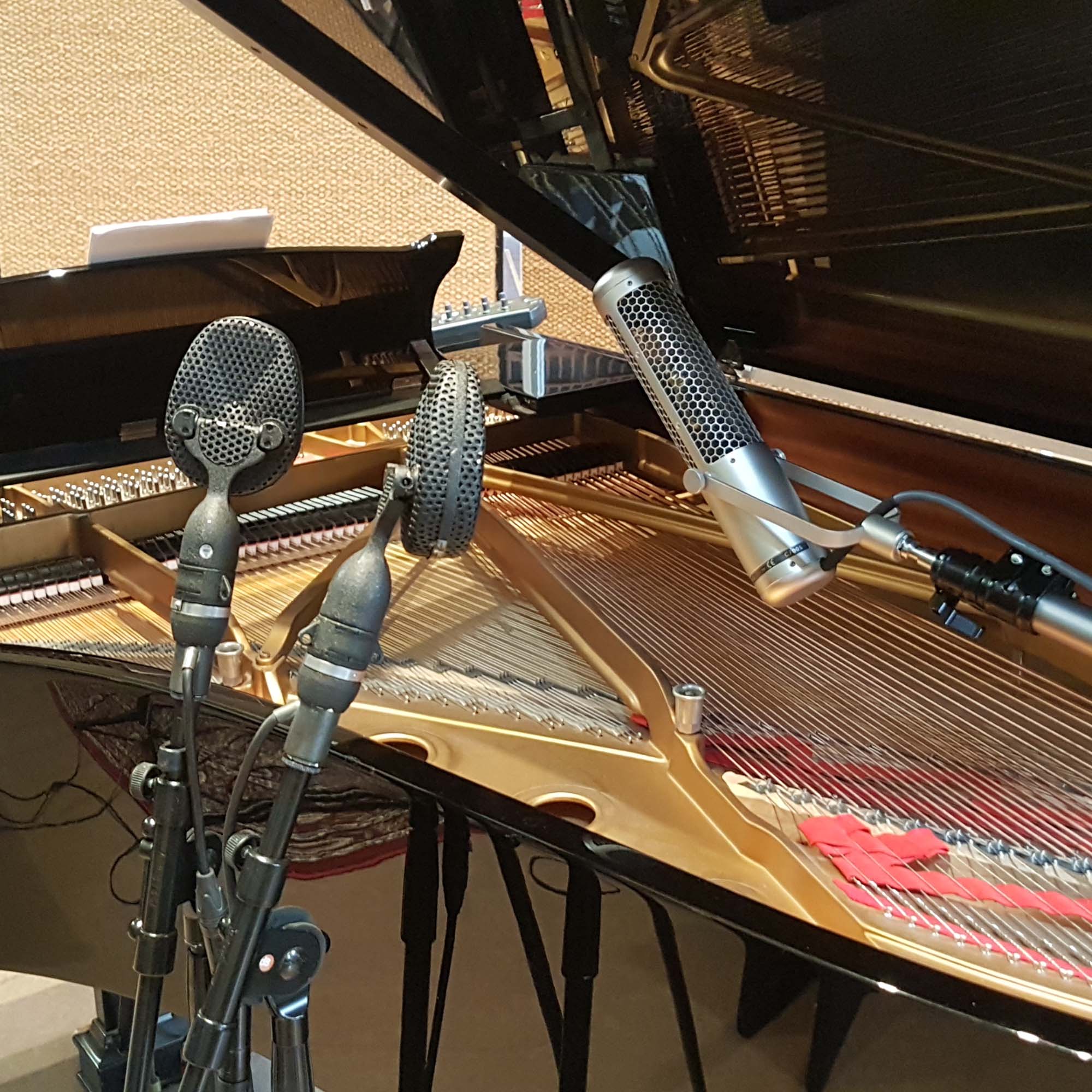 When recording all the instruments in the same room, placing a microphone in front of each instrument introduces a problem. That problem is called phase (problem). The microphones ‘see’ not only the instrument in front of which it is placed but also the other instruments in the hall.
For example the bass microphone catch not only the sound of the bass but also the sound the drums next to it. The drum microphones also catch the same sound of the drums, but not at the same time as they are placed closer to the drums. This is because sound takes time to travel.
These phase artifacts can influence the sound in a negative way. To avoid this problem you can start to isolate the instruments using acoustic baffles but the consequence of that is that the musicians can’t properly hear each other anymore, so you have to introduce a headphones system to monitor....and so on. I think you get the picture...you end up going back to complete separation. In order to avoid the phase artifacts I decided to make a number of recordings using only one stereo microphone: the magnificent Josephson C700S. I did not use any kind of separation so that the musicians could clearly hear each other.

In a sense when recording with one microphone the mix is done before I press record.
I have to make the complete sound stage on the spot by carefully moving each instrument closer or further away as well as left and right in relationship to the microphone.
Listening to the results of this approach the advantages are obvious; phase coherence, perfect imaging, great sense of depth and superior realism.
Another advantage is that it forces the band being recorded to really play. There is nowhere to hide, no fixing it in the mix, it’s now or never.
The reactions of the musicians are overwhelming. Bass player Clemens van der Feen said: “I never heard my bass like this before on any recording. Finally it sounds the way I always wanted”.
Joe Whip wrote a 5 star review of our four “One Microphone Recording” albums on audiophile style.
Review of sound-liaison-one-mic-recordings

I hope this is just the beginning and many more recordings using only one stereo microphone will follow.
I am very interested in getting feedback as to how these recordings sound on your system. So please do send me your opinion on the sound of these recordings.