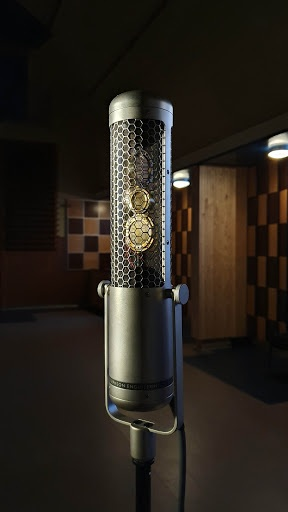 This time I would like to talk about a very unique microphone, the Josephson C700S. Basically told there are 3 types of microphones; condenser, dynamica and ribbon. There are also different polar patterns, directional (cardioid), omni-directional (omni), bi-directional (figure of 8). The first commercial condenser mic was released by the German company Neumann in 1928. Neumann was also responsible for several classic microphones like the U47, used on Miles Davis’ Kind of Blue and the U67, used by the Beatles. To this day most studio microphones are remakes or at least inspired by these famous icrophones. But a few manufactures find their own way and try to build something unique. One of those companies is Josephson.

The first time I heard a recording that had been made with the Josephson C700S was on a trio recording with cellist Ernst Reijseger. Harry van Dalen from the high end audio shop Rhapsody played me a couple of songs and I was immediately impressed by the sound, very natural and with a great sound stage.
As faith would have it, later that same year I was asked to record Ernst Reijseger for a movie soundtrack. Ernst Reijseger’s producer, Stefan Winter from the record company Winter&Winter, came to the studio with a Josephson C700S. This was the first time I could experience the quality of this microphone myself. 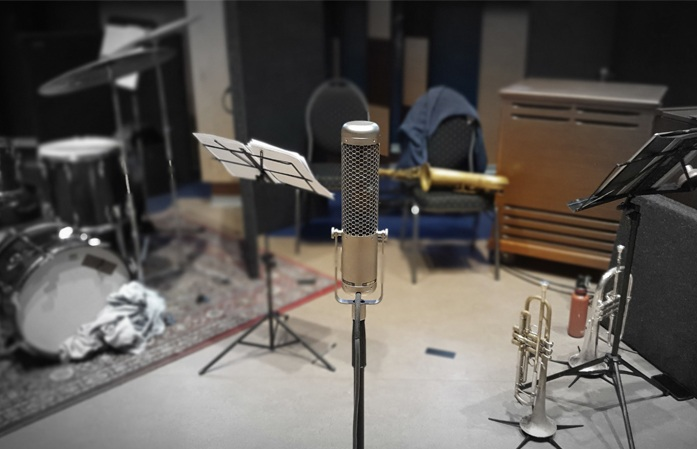 Joystick Audio, the company that represents Josephson microphones here in the Netherlands, did not have the C700S in stock but were so generous as to let me borrow 2 Josephson C700A microphones instead, the C700A is the mono version of the C700S. The C700A has two capsules (omni & figure of 8) and herefore two separate outputs. When combining the two signals you get a perfect directional polar pattern. Besides the superior natural sound quality of the C700A it was quite remarkable that the sound coming in at the ‘back’ of the mic the so called spill, sounded very natural therefore some ‘coloring’ problems experienced with more traditional microphones were significantly reduced. This is really the ‘hidden’ quality of these microphones. From that moment on the two C700A’s were used in every multi mic recording we made for Sound Liaison. Later Joystick Audio gave me the opportunity to test the stereo version. I had hesitated to use this mic for two reasons:
First of all, I doubted that it would be possible to record a whole band using only one microphone and second the price tag (;-)) Another problem was that I had to find musicians who could play with a natural balance and were interested in this old school way of recording. After a standard multi-mic recording session with Carmen Gomes Inc. the band was willing to make a quick experiment with this ‘one mic recording’ idea. We placed the Josephson and started to move the band around the microphone. After an hour of experimenting with different settings we recorded a couple of songs. When the band came to listen in the control room they were blown away by the result.

Not that the balance was perfect yet, but they had never heard a recording with such extreme realness. It was like the band was standing behind the speakers in the control room. So natural, so dynamic. To be honest I was not so enthusiastic. It sounded so different from what I was used to. A few days later I started to listen to the ‘one mic recording’ again to make up my mind about this way of recording. What happened at that moment was a revelation. I couldn’t stop listening to the music. I was no longer listening to microphones and considering various options for mixing, I was listening to a band playing in front of me. We were all so enthusiastic that we decided to record a whole new album using only the Josephson C700S. The result is the album 'Don’t you cry' by Carmen Gomes Inc.

The C700S has three capsules and so three outputs. It has an omni and 2 figure of 8 positioned at 90 degrees to each other. This setup makes it possible to choose different configurations. I choose to use the mic in the MS setup (Mid/Side). The M (Mid) is made from the omni plus the figure of 8 capsule and the S (Side) is made from the second (at 90 degrees) figure of 8 capsule. This is a perfect linear phase stereo setup. After almost 30 years of multi-mic recording I have the feeling that I have to start all over again to set a new reference. Of course I bring my experience as an engineer and musician as how to balance a jazz recording. Instead of making a balance later in the mix, I now have to make a balance on the spot. I have to do it by changing the position of the instruments instead of changing the position of the faders. A new interesting world is opening for me.