We believe a high-resolution recording starts with craftsmanship. Creating this recording was all about carefully adapting the equipment to the hall, the musicians and the compositions. The close collaboration between artists, sound engineer and producer has culminated in a download that pays homage to the artistry of high resolution recordings.

Cajan Witmer is a sublime arranger. His first album for Sound Liaison, the critically acclaimed 'En Azul', show his awareness of the particular strengths and characteristics of the musicians he works with. Cajan uses this knowledge to compose arrangements that capitalise on the qualities of his musicians to the maximum benefit of the music. 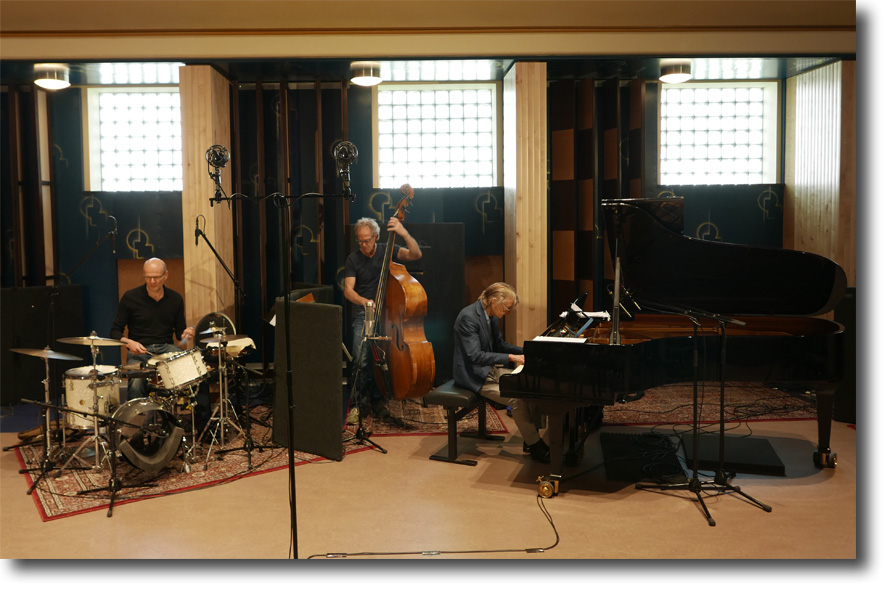 But this time around he goes even a step further. Cajan explains;
"I love the sound of MCO’s Studio 2 and the sound that recording engineer Frans de Rond creates in that hall. So when arranging the songs for this album, I tried to hear in my mind not only the sound of the trio but also how that sound would interact with the hall. It was initially a new way of thinking, but actually surprisingly easy once I got used to the idea. After all, I know how Maarten will sound when playing a certain groove, and how that will blend with Han’s bass line. Now all I had to do was to envision that sound in the hall of Studio 2. 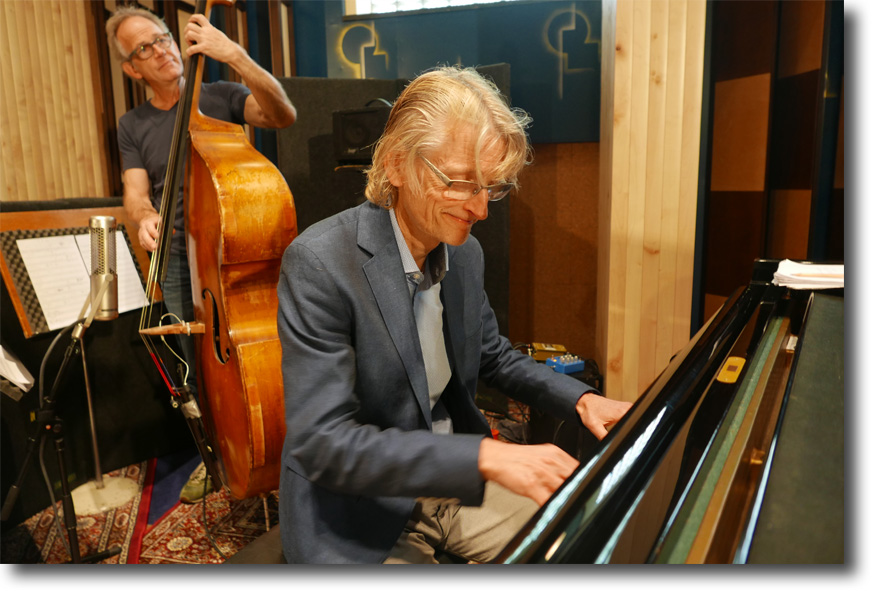 I decided to add strings on a number of songs. I first thought of a small string orchestra but after a bit of experimentation I opted for just two violin parts, in order to keep the sound as intimate as possible as well as being able to clearly position the instruments in the stereo field.
Producer Peter Bjørnild suggested that I contact violinist Vera van der Bie as he was sure she would be able to help out. 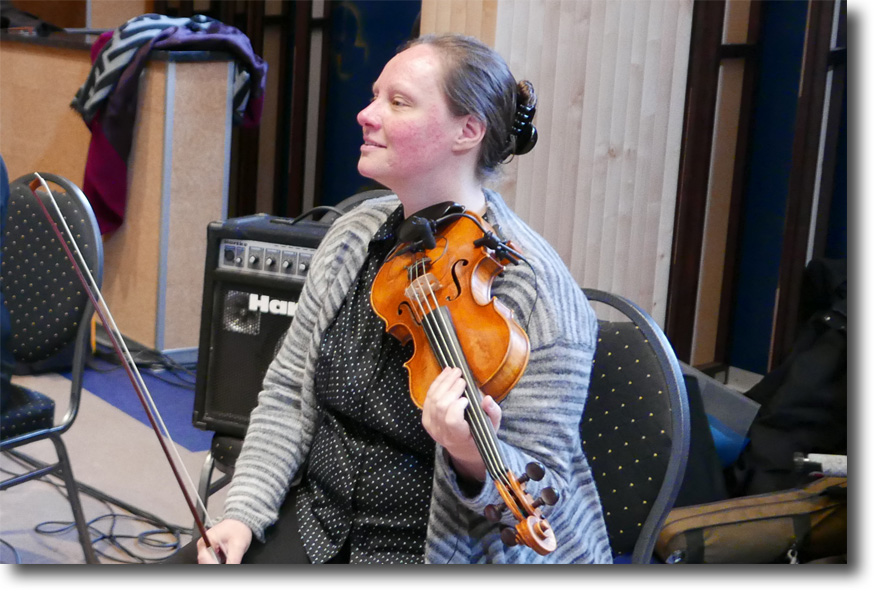 Vera turned out to be a perfect choice. She understood the sound I was after and she knew the sound of Studio 2 having recorded and rehearsed there on numerous occasions. Her sound fitted perfectly with the trio, and her musical suggestions were incredibly helpful." 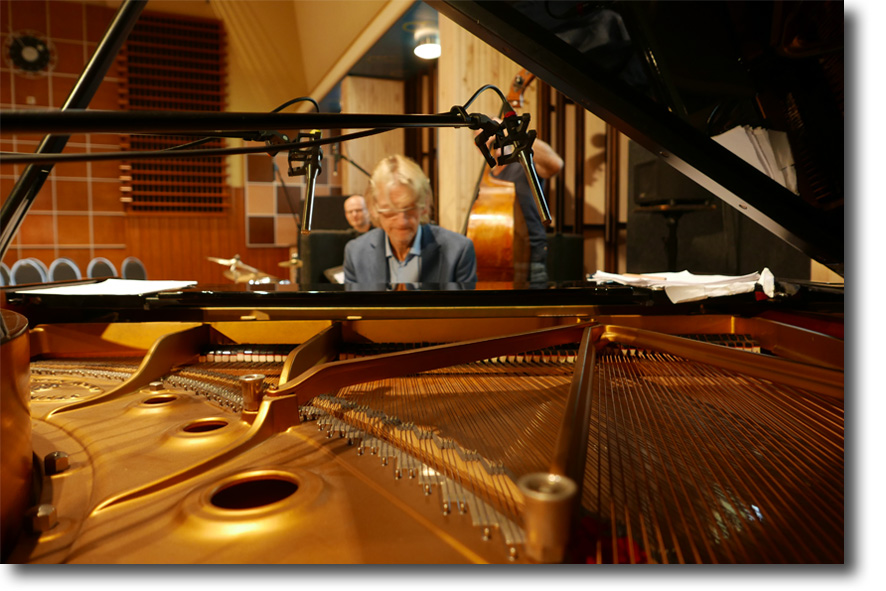 When creating the sound stage, Frans spent a great deal of time getting the balance of the Witmer Trio as optimal as possible using the ambient microphone stereo pair placed in the ''sweet spot'' in Studio 2, before adding the spot microphones.

We wanted to create a sound field that was intimate but also had enough depth to reflect a visual representation of the instruments.
In a sense we adopted the same philosophy as Cajan Witmer in his arrangements as we wanted the melodic part of each instrument to stand out without overshadowing the whole. Thus the piano and the drums have been given a position in the sound field, instead of the more common, radio friendly approach, with the instruments piled on top of each other with no placement. The benefit of this approach is that you can actually see the trio in front of you between the speakers.

In a sense we are old fashioned, maybe we listened to too many old jazz recordings, but on the other hand.......this is what we believe a high-resolution recording should be about. 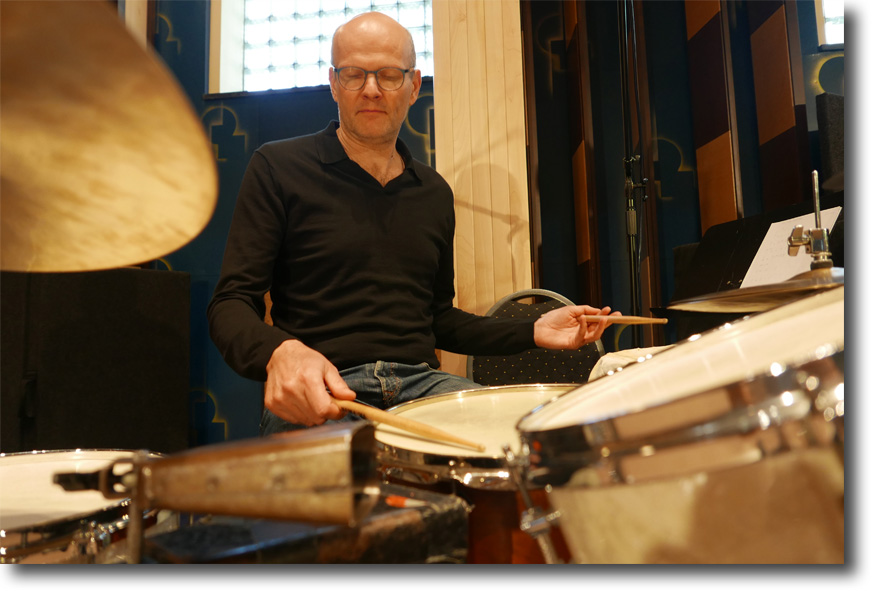